Cough and Gluten: Can Gluten Intolerance Cause a Cough? 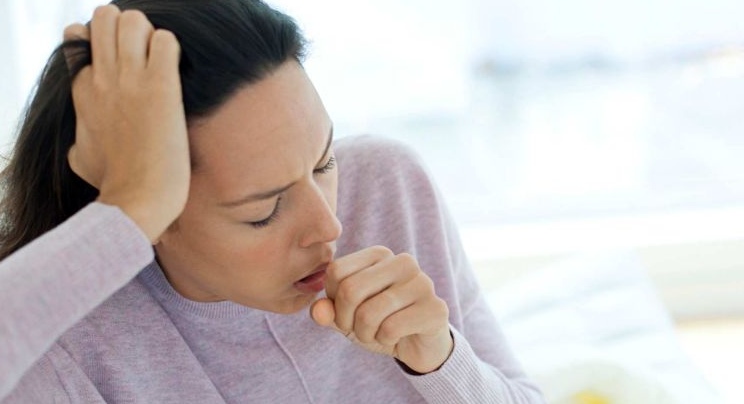 Is it really possible that gluten consumption causes a cough in some individuals?

Several case reports and some small-scale studies show us that gluten consumption might be an underlying cause of unexplained chronic cough in people with gluten sensitivity and celiac disease.

In this article, we will investigate the connection between gluten consumption and chronic cough.

To do that we’ll review the related scientific studies and case reports.

Besides, we will listen to the medical experts who have something to say about the correlation between gluten consumption and persistent cough.

What is Celiac Disease?

When people with celiac disease eat gluten, their immune system mistakes substances inside gluten as a threat to the body and attacks them (1),(2),(3).

According to Mayo Clinic; over time, these attacks damage the small intestine’s lining (surface) and prevent it from absorbing nutrients properly, leading to malabsorption (4).

“There are more than 200 known celiac disease symptoms that may occur in the digestive system or other parts of the body,” notes the Celiac Disease Foundation (5).

The most common symptoms of celiac disease include;

As mentioned above, celiac disease can manifest itself in more than 200 different symptoms.

Although the small intestine is affected most, some symptoms of celiac disease can also occur in other parts of the body, such as the brain, lungs or eyes (6),(7),(8).

Keith Laskin, gastroenterologist and medical director of the Celiac Center at Paoli Hospital says; “Because the symptoms of celiac disease can be so varied, it is important to remember that celiac disease may masquerade as many other conditions,”(9).

“The symptoms of celiac disease may be completely different from person to person. While one may have anaemia or a cough, another has migraines or digestive issues ” says Lisa Foster,  Health Coach at Delaware Valley Accountable Care Organization (10),(11).

So, the answer is, yes, chronic cough might be a symptom of gluten intolerance (celiac disease).

It is, however, important to note that chronic cough is not a frequently-encountered symptom of either celiac disease or gluten sensitivity. That is to say, it is rare.

Some patients with gluten sensitivity or intolerance are known to have suffered from chronic cough due to the consumption of gluten-containing foods.

You may be wondering why these people – who developed persistent cough due to the consumption of gluten – consumed gluten despite the fact that they knew they had gluten intolerance.

Essentially many of these patients ( about whom we will be talking below) didn’t know they had gluten intolerance. So, they kept eating gluten-containing foods.

What’s interesting is, almost all of these gluten-sensitive patients who were suffering from chronic cough, got rid of their coughing problem sometime after they had either completely removed gluten from their diets or minimised its consumption.

Is that mean gluten was the main reason behind their chronic cough? It appears to be so…

In this section, we will review relevant studies and real-life examples, which can shed light on the relationship between gluten intolerance and chronic cough.

A research report indicates that an 8-year-old girl who suffered an unexplained persistent cough for 18 months recovered after she had converted to a gluten-free diet (12),(13).

An 8-year-old girl was taken to an outpatient department with an 18-month history of persistent cough.

Doctors had gone through all the necessary tests that could have explained her chronic cough.

However, her test results and examination didn’t point out any specific medical condition that could lead to chronic cough.

Eventually, she was diagnosed with celiac disease.

After that, she followed a gluten-free diet and completely recovered from coughing in 6 weeks.

Subsequent tests showed that the mother of the patient, too, had celiac disease, but, asymptomatic.

Conclusion of the Study

According to the authors of the study; celiac disease may be a culprit for some unexplained chronic respiratory symptoms such as coughing.

Here is another case that can say something about the relationship between chronic cough and gluten intolerance.

In the case report published in the Journal Thorax, researchers indicated that there might be a causal relationship between celiac disease and coughing (14),(15).

A 68-year-old patient (a retired teacher) consulted a doctor with a 1-year history of dry cough.

At first, doctors thought acid reflux and rhinitis (inflammation of the inside of the nose) were the two potential causes of the patient’s persistent dry cough.

So, the retired teacher was prescribed medications to treat acid reflux and rhinitis.

In four months, his rhinitis and reflux symptoms had resolved. However, in this period his cough got worsened.

On further investigation, doctors became aware that, in addition to his coughing problem, the patient sometimes had also suffered from some digestive issues, such as bloating and offensive stools.

Then, the retired teacher was told to follow a gluten-free diet.

In a couple of weeks after converting to a gluten-free diet, the abdominal symptoms improved and in 6 months his cough sensitivity and severity improved significantly.

Conclusion of the Study

Researchers suggested that since all features of the patient’s cough improved on a gluten-free diet, there might be a causal relationship between celiac disease and cough (14),(15).

You may not have heard about leaky lungs before.

According to the American Lung Association; leaky lungs syndrome occurs when air leaks into the space between the lungs and chest wall. This prevents the lungs from expanding when inhaling (16).

The question is, what does it have to do with gluten and chronic cough?

According to a research study published in the Journal Digestion: there can be a correlation between gluten consumption and leaky lung (17).

In the study, researchers found that gluten consumption increases the permeability of the lungs in patients with celiac disease, resulting in airway inflammation.

Note that airway inflammation and airway problems can lead to symptoms such as wheezing, coughing, shortness of breath (17),(18),(19),(20).

The conclusion is, gluten consumption may lead to chronic cough by causing airway inflammation in people with celiac disease or gluten sensitivity.

Here is another way gluten consumption may lead to a cough.

However, if the person has both asthma and gluten intolerance/sensitivity, in this case, gluten consumption may indirectly trigger a cough.

Some scientific studies tell us that gluten consumption may cause stress in people with gluten intolerance, thus, potentially leading them to a depressive mood (21),(22),(23).

Given the fact that long-term stress can trigger or exacerbate asthma symptoms (one of which is coughing), it might be said that gluten consumption can indirectly trigger asthma coughing in those who suffer from both celiac disease and asthma.

So, if a person has both asthma and celiac disease, it is best to stick to a gluten-free diet to avoid asthma symptoms, such as coughing as well as other celiac disease symptoms.

“Also, I would like to share my own personal story; I am gluten sensitive myself — I struggled with a chronic cough at night for years — I would lie in bed before going to sleep and I would cough every night for several minutes before I could finally settle — When I quit eating gluten, my chronic cough completely went away,” said Dr Peter Osborne, who is the founder of Gluten Free Society and CEO of Origins Health Care – Functional Nutrition, in a video in which he talked about the correlation between chronic cough and gluten reaction (24),(25).

When we take all studies, case reports and anecdotal evidence we reviewed in this article into account, it appears that gluten consumption may cause a chronic cough in people with gluten sensitivity and celiac disease.

Having said that celiac disease, manifesting itself with chronic cough is rare.

The main point is if you have an unexplained chronic cough despite all the investigations carried out by doctors, then you may want to have yourself checked for celiac disease.

There are people who have been reported to recover from an unexplained chronic cough after following a gluten-free diet, as we talked about a couple of them in this article.

For this reason, researchers suggest that gluten consumption can be a potential cause of chronic cough in some people with gluten intolerance or sensitivity.

We strongly recommend you (always) work with your doctor and do not make a drastic change in your diet before consulting a doctor or nutritionist.