Does Kiwifruit Help You Sleep? 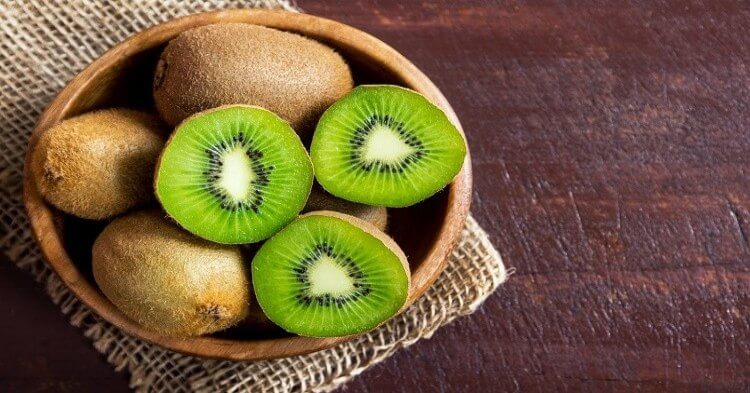 The claim that swirls around the internet is; eating kiwi fruit close to bedtime can promote better sleep.

While that sounds good, especially to kiwifruit lovers and insomnia sufferers, first we need to hear what science has to say about it.

In this article, we will discuss whether (and if so how) eating kiwi before bedtime can improve sleep.

Most probably, the claim “Eating kiwi before bed helps sleep” stems from two studies, one carried out in 2011 and the other in 2017.

In the study (2011), researchers found that participants who consumed two kiwis one hour before bedtime for a month fell asleep faster, slept more, and had better sleep quality.

Given the fact that sleep disorders are quite common and many people are looking for natural ways to improve their sleep, the results obtained in this study are exciting and promising.

Plus, it is tempting to believe that kiwi fruit can be good for sleep when considering the fruit’s impressive nutrient profile.

However, the study had only 24 participants and didn’t include a control group. It’s also worth noting that the study was supported by the world’s largest marketer of kiwi fruit.

In another study — published in 2017 — researchers at the University of Bergen (Norway) aimed to replicate the study carried out in 2011, with a control group to explore whether kiwi actually has beneficial effects on sleep.

They found that eating kiwi before bed improved some sleep parameters, such as sleep quality.

The findings of these two studies revealed that kiwifruit may improve certain aspects of sleep.

However, the researchers couldn’t explain clearly how kiwi fruit improved certain sleep parameters of the participants. This is probably because of the fact that both sleep and diet are complex.

They seem to believe that kiwi’s sleep-promoting effects might be related to its high levels of antioxidants, serotonin and folate content.

Below we will examine these two studies in more detail, and also provide evidence that will tell us whether the antioxidants, serotonin and folate can influence sleep.

In the study, researchers at Taiwan’s Taipei Medical University aimed to explore the potential effects of kiwi consumption on sleep.

Twenty-four subjects (2 males and 22 females) between the ages of 20 to 55 — all of whom reported having some form of sleep problems — took part in the study.

Each participant consumed 2 kiwi fruits 1 hour before their usual bedtime for a month.

To collect data on participants’ sleep during the study, the researchers used different techniques, such as sleep diaries, sleep-quality questionnaires, and wristwatches.

The results showed that:

In other words; participants fell asleep significantly faster, slept longer and woke up less when they ate 2 kiwis before sleep compared to when they didn’t.

Researchers at the University of Bergen (Norway) performed a study to replicate the 2011 study, which we analysed above. This study had a control group.

74 students, suffering from chronic insomnia symptoms, participated in the study.

Students were told to ingest either one kiwi fruit or pear (control group) 1 hour before sleep for a month.

The results showed that sleep quality and daytime functioning were better in the kiwi group compared to the pear control group.

Based on the results they obtained, the researchers stated: kiwi fruit consumption may improve certain sleep parameters; however, more scientific evidence is needed to confirm if kiwi has any sleep-facilitating properties.

Antioxidants in Kiwis May Help Sleep

According to the researchers, the rich antioxidant content of kiwi fruit might be the reason why kiwi consumption yielded positive results on certain sleep parameters.

A number of studies tell us that chronic sleep deprivation can decrease antioxidant levels in the body, thereby, increasing oxidative stress [4, 5, 6, 7].

Conclusion; If antioxidants have sleep-inducing properties, then yes, kiwi fruit may help people combat sleep problems as it contains a wide range of natural antioxidants.

Serotonin in Kiwis May Help Sleep

Another reason the researchers think that the consumption of kiwi before bed may promote sleep is that kiwi is high in serotonin, more accurately tryptophan [11].

Tryptophan is an amino acid that is converted to the serotonin hormone in the body [12, 13].

However, how the serotonin hormone influences sleep is not fully understood by scientists.

It is suggested that while serotonin may help in maintaining sleep, this hormone may also prevent you from falling asleep [14, 15, 16, 17, 18].

That said one thing is clear; the human body needs serotonin to produce the melatonin hormone that is crucial for a good night’s sleep [19, 20, 21].

Conclusion: If tryptophan (obtained from kiwis) can cross the blood-brain barrier and thus help melatonin production in the pineal gland, then yes eating kiwi fruit may promote sleep [11, 23].

Folate in Kiwis May Help Sleep

The researchers also suggest that the folate content of kiwi fruit may be partly responsible for its potential sleep-promoting effects [24, 25].

This is because folate (folic acid) deficiency can lead to certain neurological disorders that can disrupt sleep, such as restless legs syndrome, depression, and irritability [24, 26, 27, 28].

Actually, folate is available in a variety of foods. But, it can easily be destroyed by heat [29]. Therefore, it may be reasonable to get it from raw foods such as kiwis.

Conclusion: eating kiwi fruit that is rich in folate may prevent people from developing folic acid deficiency, which can lead to sleep problems.

Two available studies on kiwi fruit and sleep tell us that kiwi fruit — when eaten an hour before bedtime — may improve certain aspects of sleep.

However, as mentioned repeatedly, researchers aren’t certain in what way kiwi promotes sleep.

They seem to believe that kiwi fruit may promote sleep by providing the body with antioxidants, serotonin and folate. Yet, all of these are simply theories at this stage.

We need to see robust scientific studies to understand how kiwifruit can influence sleep. Nonetheless, available data are promising and tell us that eating kiwifruit close to bedtime “may” promote better sleep.

Other foods and beverages that may promote sleep include; almond milk, turkey, pumpkin seeds, chamomile tea, and fatty fish.

Note: Prolonged sleep problems can increase the risk of developing serious mental and physical health issues. Therefore, if you deal with sleep problems for a long time and can’t solve it on your own, we recommend you consult your doctor to find out what is wrong.