Does Eating Too Much Salt Cause Under-Eye Bags? 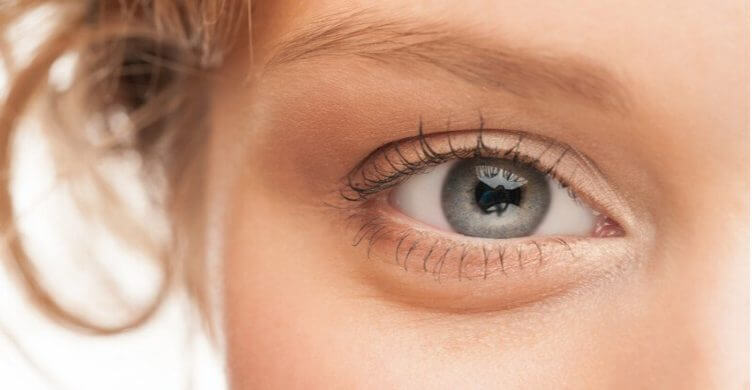 The question asked in the title of the article is  “Does eating too much salt cause under-eye bags?”. The short answer to this question is, yes.

Consuming too much salt can cause under-eye bags because salt contains sodium. For those who don’t know; salt consists of 40% sodium and 60% chloride [1, 2].

When consumed too much, sodium can cause swelling in different parts of the body, including the under-eye area.

So, sodium — which is found in table salt as well as in many processed and restaurant foods — is the main culprit.

In this case, it should be more accurate to say that consuming too much sodium can cause puffiness under the eyes.

Table of Contents show
1) Overview
2) How Does Too Much Sodium Cause Eye Bags?
3) High Sodium Intake May Worsen Puffy Eyes
4) Ways to Getting Rid of Sodium-Related Eye Bags
4.1) You Might Be Consuming Too Much Sodium
4.2) How Much Sodium is Safe?
5) Conclusion
5.1) Consideration

Under-eye bags usually do not signify a serious medical condition. They are rather a cosmetic concern [3, 4].

Depending on the cause, bags under the eyes can be transient (temporary) or permanent.

If under-eye bags occur as a result of certain lifestyle factors such as lack of sleep, fatigue, smoking, or too much sodium consumption, they can go away once the necessary lifestyle modifications are implemented.

In some cases though, eye bags occur due to certain diseases, such as thyroid dysfunction, connective tissue disorders and kidney diseases [5, 6, 7]. In these cases, bags under the eyes might be permanent.

Genetics and ageing are other common causes of bags under the eyes.

In short, many things can cause under-eye bags, and too much sodium consumption is one of them.

Below, we will explain how excessive sodium intake can cause under-eye bags, and how to get rid of sodium-induced puffy eyes.

How Does Too Much Sodium Cause Eye Bags?

When you consume too much sodium, your body holds onto extra water to dilute the excess sodium [8, 9].

The extra water (or fluid) accumulates in your body’s tissues, leading to swelling in different parts of your body [8, 10].

However, since the skin around the eyes is very thin, swelling is particularly visible and pronounced under the eyes.

To be more precise, the skin around the eyes is the thinnest skin in the body [11].

We now know that fluid retention — caused by too much sodium consumption — can cause the body to swell; and, as the skin beneath the eyes is very thin, swelling under the eyes is more visible than swelling that occurs in any part of the body.

Eating too much salt or sodium is more likely to cause under-eye bags in elderly people; because their skin is thinner than that of young individuals.

Note that the skin becomes thinner and less elastic with ageing due to collagen and elastin decline [12, 13].

Moreover, kidney function is relatively low in elderly people, so their kidneys may not manage the sodium balance in the body effectively [14, 15].

As mentioned earlier there are many potential reasons that make your eyes appear puffy. Poor sleep, stress, ageing, eczema, a side effect of a medication and genetic factors are some of them [16, 17, 18, 19].

That clearly indicates that too much sodium ingestion is not always the root cause of under-eye bags!

That is to say, excessive consumption of sodium can not only cause under-eye bags but may also worsen the existing ones.

Ways to Getting Rid of Sodium-Related Eye Bags

Cutting back on (excessive) sodium in your diet is the most effective and reliable way to get rid of sodium-induced puffy eyes.

Here are other things you can do to overcome sodium-induced bags under the eyes.

Please note that reducing your sodium or increasing potassium and water consumption in your diet may not completely solve the problem if the bags under the eyes developed due to another reason.

But, these diet modifications may help diminish the puffy appearance of the eyes.

Summary: Reducing the amount of sodium in your diet, drinking more water and eating a sufficient amount of potassium can help shrink eye bags caused by excess sodium ingestion.

The danger about sodium is that many people consume too much sodium without even realising it. Because sodium can be hidden in many processed foods and doesn’t necessarily have a salty taste.

Sodium is used in many processed foods to extend foods’ shelf life. Besides, many restaurants are known to use too much sodium to enhance the flavour of their meals.

You may not be adding extra salt to your meal; however; if you often consume processed and restaurant foods, you are probably consuming too much sodium.

The American Heart Association reveals that more than 70% of the sodium Americans consume comes from processed or restaurant foods, not from salt shakers.

It is important to check the nutritional value of foods and drinks before you consume them to see how much sodium exists in the product.

How Much Sodium is Safe?

Too much sodium is associated with various health problems, such as high blood pressure, kidney damage, water retention [21, 22].

It is suggested that eating too much sodium may even cause headaches and heartburn.

Having said that, a small amount of sodium is vital for your body because sodium enables muscles and nerves to function.

According to the National Health Service: Adults should eat no more than 6g of salt a day (2.4g sodium) – that’s around 1 teaspoon.

Bags under the eyes are usually associated with poor sleep, stress and ageing.

Therefore, hearing that too much sodium consumption, as well, can cause under-eye bags may come as a surprise to many people.

As mentioned above, too much sodium can cause the body to hold onto additional water, thus causing the body to swell. And, since the skin under the eyes is delicate and very thin, swelling can be quite visible in the under-eye area.

If you have a very salty dinner, the following morning you may wake up with bags under your eyes.

To help soothe under-eye bags caused by too much sodium consumption and to avoid other consequences of too much sodium, eat this mineral in moderation.

In order to effectively deal with under-eye bags ( regardless of the cause ), you may want to consider working with your dermatologist.

There are certain health conditions, such as diabetes that can be negatively affected by rapid changes in the amount of sodium consumption. So, to determine the right amount of sodium in your diet try to work with your doctor or dietitian.