Why is it Too Hard to Stop Smoking ? 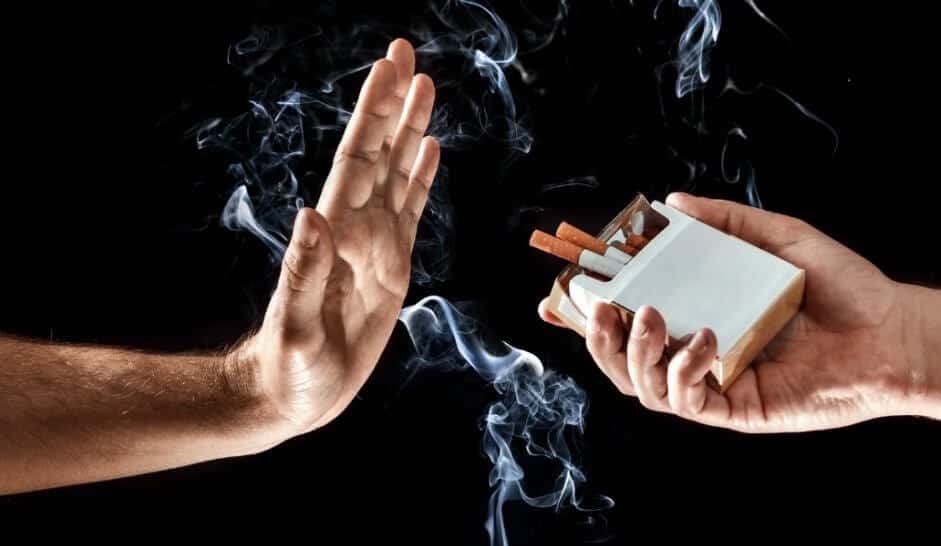 I may not be the world’s best blogger, however, I believe I am eligible to write about ” how hard quitting smoking can be ” as an ex-smoker with a 7 year-long of smoking  nearly one packet a day. And, I can certainly empathise with those who are contemplating quitting smoking as well as those who have tried many times before.

In this article, together we will try to explore what factors make quitting smoking too hard for individuals and also why so many people fail to stop smoking despite desiring to do so.

Table of Contents hide
1) Tobacco
1.1) Why is Quitting Smoking is too Hard?

I don’t have an intention to convince anyone to stop smoking by giving some numbers and data related to tobacco use and death rates. However, just for the sake of formality let’s share some annoying data about cigarette use and smoking-related deaths. Thereafter, we will try to fathom the difficulty level of quit smoking.

According to the World Health Organisation; each year more than 8 million people worldwide pass away due to smoking. More specifically, roughly 480,000 deaths in America each year are attributed to tobacco use. And— this one is terrifying— according to WHO; smoking kills up to half of its users.

You may already be well aware of above-given data, you may have already experienced the harmful health effects of yearlong smoking habit on your body or smoking may be a huge burden on your budget. In spite of all, you can’t give up on smoking !!

Without further ado, let’s discover “Why quitting smoking too difficult”.

Why is Quitting Smoking is too Hard?

The answer is self-evident ” Nicotine “. Quite briefly, nicotine is the substance found in the tobacco products and it is unbelievably addictive. That is what makes quitting tobacco that difficult.

According to experts; nicotine, thereby, cigarette is as addictive as heroin and cocaine. The minor difference between nicotine and cocaine/heroin is that you are allowed to purchase cigarettes (nicotine)  from a tobacco shop problem-free.

Regular nicotine intake through tobacco products causes the brain to release dopamine aka ” feel-good ” hormone. Each time the smoker takes a puff, the brain releases dopamine.

As a result of this repetition, the brain needs more and more nicotine to secrete dopamine to feel satisfied. That is why, some time after the last cigarette, the brain craves for nicotine and makes you ( the smoker )  uncomfortable as a result. To cease this disturbing feeling, the smoker would ignite a cigarette. This is absolutely a vicious cycle.

This might be able to explain why roughly 7 per cent of all people who attempt to quit do not go back to smoking. It bears repeating; nicotine is highly addictive, and in its absence of nicotine the withdrawal symptoms start.

But, don’t get knuckle down. With the right strategy and willpower, everyone can stop smoking.

Just mentioned above, physical dependence of nicotine makes the process almost insurmountable for those who want to quit. This time, daily habits, social life and behaviours make the situation hard for a smoker.

Smoker design their lives based on smoking even though they don’t realise it. After years-long smoking, some daily activities become nearly ingrained.

This is the behavioural aspect of smoking. All of these acquired habits will have to come to an end with the quitting.

Bear in mind that these years-long habits with cigarette involvement are embedded in the smoker’s life. Therefore, leaving aside these habits is another hurdle that the smoker has to pass.

According to doctors; one of the mistake that smokers make when they attempt to quit is not knowing why they want to stop smoking as well as why they have been smoking. Because, as long as a person comprehends the underlying reasons why he/she smokes for years, then the smoker could figure out the best ways to eradicate these triggers.

This phase is called as preparation period. In this period, the smoker has to calculate how hard the days will be without smoking and prepare himself accordingly. Otherwise, the uncalculated difficulties make the person surrender in the quitting period.

There will be, indeed, hard days after quitting. By foreseeing these difficulties, thus, getting prepared plays a vital role. The first week is the toughest. This is where many smokers go back to smoking.

As mentioned above, quitting is tough for almost all smokers. Trying to getting through this process alone seems another factor that makes things harder.

The smokers who try to quit on their own are reported to have a fewer chance against the ones who get through the process with the support of beloved ones and doctors’ instructions. In addition to that, nicotine patches, nicotine gums or some prescription medication can facilitate the process.

After quitting the smoker’s body shows some strong reactions. These are known as withdrawal symptoms. These symptoms are rather strong, especially in the first week. Therefore, passing the first 10 days by getting some support is logical. After all, getting help is totally understandable when you try to stop a substance which is, allegedly, as addictive as cocaine and heroin.