The Potential Risks of A Vegan Diet 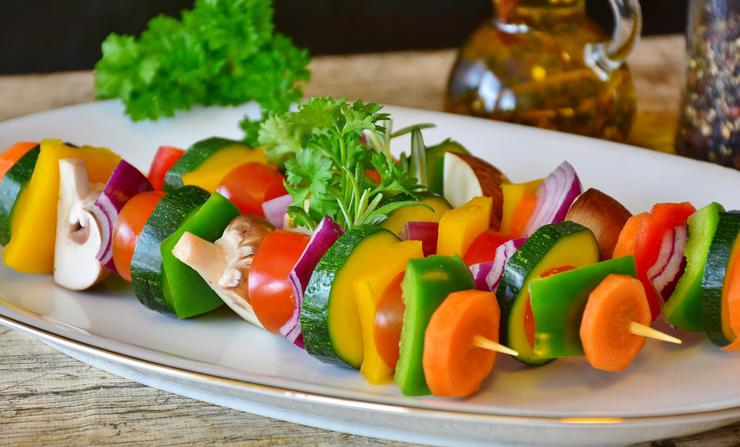 In this article, We will touch upon the potential risks of a vegan diet. But, before starting, it is good to briefly define a vegan diet once again.

Veganism, on the other hand, is an advanced level of this trend since it is a way of life. Vegans, who stick to veganism’s principles, don’t even wear clothes made with animal fur or they strictly refuse horse and dog races. No animal exploitation at all.

According to stats; it is estimated that approximately 8 per cent of the total population of the world prefer a vegan or vegetarian diet.

As with many issues, eating vegan too has its pros and cons in terms of health. Being aware of the potential risks of a vegan diet would help people – who follow a vegan diet or who have the intention of converting to a vegan diet- to take precautions against these possible harms or reconsider their preferences.

In the previous article, we compiled the science-backed health benefits of eating vegan. And, in this article, we are covering the potential risk of having a vegan diet. Please note that each type of diet has both advantages and disadvantages.

The Potential Risks of Eating Vegan

Admittedly, a vegan diet excludes a great number of foods since these foods are of animal origin. However, while following such a diet, individuals, unavoidable, may debar themselves from the essential minerals and vitamins including iron– being in the first place-, zinc, vitamin-B12 and Omega-3 fatty acids.

In the case of deficiency of these vital substances in the body, many complications can occur. Therefore, vegans should be more meticulous in terms of obtaining these essential substances.

To begin with, we should know that iron deficiency is the most common nutritional health problem not among vegans but among all people regardless of diet preferences. So, it is not special to a vegan diet.

However, people who follow both vegan and vegetarian diets are more vulnerable to iron deficiency anaemia due to not consuming meat and other animal products that could provide the necessary iron for the body. Vegans can obtain iron from plant foods though. But, iron obtained from plant foods contains non-heme iron which is harder for the body to absorb.

Iron deficiency anaemia is not a type of disease we can neglect since it decreases the quality of life by causing many ailments such as extreme fatigue, weakness, shortness of breath and so on. For these reasons, vegans and vegetarians should be double careful in terms of iron intake to avoid diseases caused by a lack of iron in the blood.

When the findings of the research from the British Medical Journal were first published in 2019, it stunned (so to speak ) many people across the world specifically vegans and vegetarians. Because the findings of the study were bringing the positive correlation between a plant-based diet and a high risk of stroke to the fore.

To be more precise, the study was suggesting that people who follow plant-based diets ( vegan-vegetarian ) have a 20% higher risk of stroke. In the study, 48,000 people were questioned as to their diet for 18 years. And, the results indicated that; people with a vegan diet carry a 20 per cent more risk in experiencing a stroke as opposed to 22 per cent lower risk in heart diseases.

Since the evidence is not definitive, we should only say that a vegan/vegetarian diet may increase the risk of stroke.

There are many factors and reasons that might cause hair loss. Therefore, it would be counterintuitive to say that only vegans should worry about hair loss.

However, according to a famous hair doctor, if a vegan or vegetarian doesn’t follow a well balanced and planned diet, the individual can experience accelerated ( because everyone one of us loses hair with ageing ) hair loss.

The essential substances — iron, protein, zinc, and vitamins — necessary for hair health may not be as abundant as in animal foods. Especially, the association between iron deficiency and hair loss is a solid claim due to scientific studies.

It appears, that more and more studies are needed to prove this claim. However, for the time being, it can be said that a plant-based diet may cause a decline in brain functions.

How a vegan diet affects brain functions is attributed to lower choline intake. Simply put, choline is an essential nutrient that helps the brain function properly. It might be a little bit perplexing because choline can also be present in some plants but mainly in animal products. Choline is especially vital for long-term memory and happiness.

Since the human body can’t produce a sufficient amount of choline, it has to be obtained from the foods. Doing that would be harder for vegans just because meat and poultry are the main sources of choline.

Once again, it is important to say that as long as the vegan diet is well balanced and rich in nutrition, vegans can avoid nutritional deficiency problems including cognitive problems.

Those who follow a vegan diet should be able to consume a sufficient amount of vitamin B-12. Nevertheless, the problem is self-evident. Vegans do not consume animal foods where we can take vitamin B-12.

Fortified foods or supplements are the best options for vegans to obtain vitamin B-12. If vitamin B-12 is depleted in the body, symptoms will start slowly and cause many ailments. Therefore, particularly vegans should not neglect to get a sufficient amount of Vitamin B-12.

Vitamin B-12 deficiency may cause :

previousThe Health Risks of Oversleeping
nextWhy is it Too Hard to Stop Smoking ?