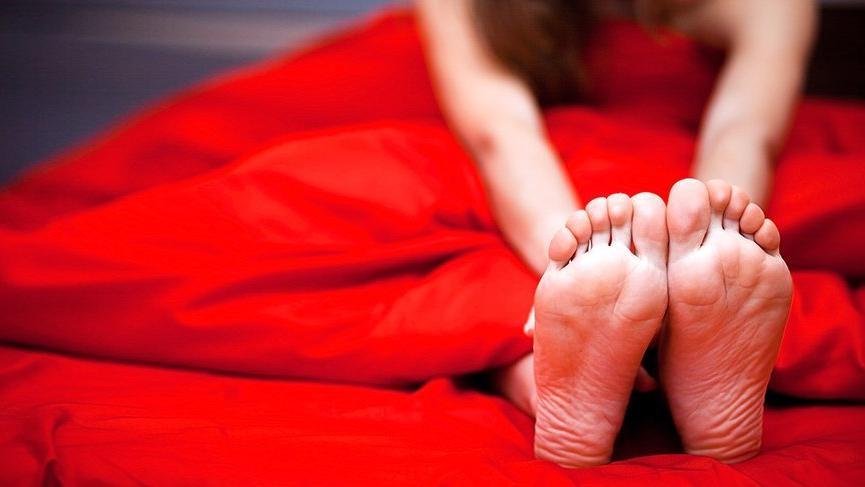 Restless Legs Syndrome — RLS  as an abbreviation — is a neurologic problem that forces individuals to move their legs. Most of the time individuals have no power over this urge but to obey. By moving their legs, patients can alleviate this almost irresistible urge.

However, it is important to know that the severity of this sensation varies from person to person. For some, the urge is impossible to resist whereas others experience a moderate urge to move.

What is specific to Restless Legs Syndrome is that it — usually — starts while the patient at rest. Sometimes whilst lying down sometimes sleeping. Since this condition occurs while resting, especially, sleeping, it interrupts individuals’ sleep and brings about insomnia. For this reason, Restless Legs Syndrome is also considered a sleep disorder.

Ahead of time, it is safe to say that there is no cure for RLS unless the problem is triggered a temporary situation such as alcohol, caffeine intake or pregnancy and anaemia. However, there are many medications to help us overcoming the symptoms despite the absence of an exact cure.

Essentially, there is no exact data that reveals the prevalence of RLS. Nonetheless, it is estimated that 5 to 15 per cent adult population worldwide is affected by RLS.

In addition to that, only in America, approximately 10% of the total population is dealing with this problem according to the National Institute of Neurological Disorders and Stroke.

These given numbers make RLS one of the most prevalent sleep disorders.

There is no specific age range for the occurrence of RLS. Every person can experience it at any age. However, we know that RLS hits stronger generally in middle age. As mentioned above; the severity of RLS symptoms show alteration from person to person.

The bad news for is that, women are two-fold prone to develop Restless Sleep Syndrome. According to a study; this vulnerability stems from the pregnancy and relatively low iron level in women.

Scientists and researchers haven’t been able to identify the exact cause of Restless Legs Syndrome. Conversely, they point out some situations that, they think, may cause RLS. Furthermore, researchers indicate the risk factors for RLS.

The followings are the possible causes of Restless Legs Syndrome.

Due to our genetic makeup, we can obtain important advantages in life, but from time to time, our genetics is the main factor that brings us certain diseases. Scientists do not claim that RLS occurs due to genetic predisposition but they also don’t deny the association between RLS and genetics.

What strengthens their estimation is the fact that nearly half of RLS patients have a relative who has or had this syndrome. The findings of a scientific study consolidate the tie between RLS and genetics.

Once again, although it is not certain yet, researchers regard iron deficiency as a strong factor for Restless Leg syndrome. In fact, this claim is explained with the low dopamine level, which has a vital role in muscle activity in the brain. Let’s not forger iron is a necessary substance for dopamine production.

When iron is scarce in the blood, the dopamine production is hindered thus causing a malfunction in the muscle activities. This malfunction might be the reason for irresistible urge to move a certain part of the body but mainly legs.

It is already known that hormonal changes during pregnancy can bring about complications in the mother’s body. Restless legs syndrome, that usually happens around 7.month of the pregnancy and falls after birth is common among pregnant women.

If it is not an unbelievable coincidence, most of the people who suffer from restless legs syndrome, in the meantime, deal with anxiety or depression. A scientific study reveals; the positive correlation of depression and RLS.

Since the high blood pressure does harm the nerves, located in the feet, diabetes is regarded as one of the contributing factors for Restless Legs Syndrome.

Tarkan is an experienced medical writer ( currently more than 600 medical articles ) and also the founder of this website namely www.neededforhealth.com. His expertise in health stems from in-depth medical research and knowledge which he obtained over the course of many years.