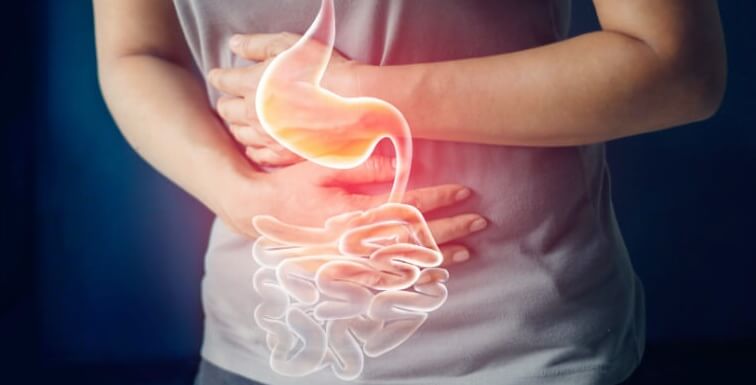 In this article, we are going to be talking about gastritis in every aspect. So, at the end of the article, you will have all the answers that you need to know about this common medical condition, namely; gastritis.

Gastritis can be defined as an inflammation, irritation or erosion of the lining of the stomach. You can develop gastritis either suddenly or gradually (1).

It is called acute if gastritis occurs suddenly and is called chronic if occurs gradually.

In general, gastritis is not classified as a serious medical condition. This is because, in most cases, it can improve quickly with the right treatment (2). Having said that, gastritis may lead to stomach ulcers and even stomach cancer if left untreated for years (3),(4),(5).

Before talking about the potential causes that could damage the lining of the stomach, it is quite important to understand the role of the lining in question.

In medicine, the lining of the stomach is called the mucosa. It is the first line of defence that provides protection for your stomach against mainly the infiltration of microorganisms, digestive acids (stomach acid), toxins and digested food particles (6),(7).

In particular, however, the lining of the stomach protects the stomach against gastric (stomach) acid, which can be strong enough to melt metal objects (8),(9).

If, for some reason, this protective lining (mucosa) gets damaged or weakened, inflammation can occur, leading to gastritis (9).

The question is ” What can weaken the lining of the stomach, thereby causing gastritis? “.

Here are the main causes of gastritis…

Elderly people have thinner stomach lining compared to young individuals. So, strong stomach juice is more likely to damage the lining of their stomach (9),(10).

Moreover, elderly people are more likely to have Helicobacter Pylori infection, a type of stomach bacteria that increases the risk of gastritis (11).

2-) Regular Use of Pain Killers:

According to medical authorities and scientific studies; regular use of certain pain relievers can lead to gastritis. Because regular use of some pain relievers (non-steroidal anti-inflammatory painkillers) can thin the lining of the stomach. Needless to say, the thinner the stomach lining (mucose), the more susceptible your stomach becomes to damage from stomach acid (12),(13),(14),(15).

One of the main causes of gastritis is excessive alcohol use!  A plethora of studies showed that drinking alcohol excessively and regularly can erode mucosa (lining of the stomach), thus making the stomach susceptible to damage from stomach acid (16),(17),(18),(19).

It is estimated that up to 75 % of the world’s population carry Helicobacter pylori, a type of bacteria that infect the stomach or duodenum (first part of the small intestine) (20),(21).

Note: other bacteria and viruses, too, can lead to gastritis.

Medical experts and studies suggest that smoking can cause people to develop gastritis, mostly by increasing a person’s risk of Helicobacter pylori infection (23),(24),(25).

6-) Other Causes of Gastritis

In addition to the above-given causes of gastritis, eating spicy foods, HIV/AIDS, some autoimmune disorders, physical as well as mental stress and Crohn’s disease can also lead to gastritis.

How Common is Gastritis ?

Various reports indicate that the prevalence of stomach diseases has increased significantly especially in the last two decades mainly due to having unhealthy diets and living unhealthy lifestyles.

Along with acid reflux, gastritis is one of the stomach diseases that has experienced a massive increase around the world (26),(27).

Since it often goes undiagnosed, there is no way to know exactly how common gastritis disease is. However, the data below can give us a clue about its prevalence.

It is also estimated that alone in the U.S.A gastritis affects around 30% of all population (29).

What Are the Symptoms of Gastritis?

It is important to underline the fact that gastritis doesn’t always cause signs and symptoms. And, the symptoms of gastritis can differ from one patient to another (2),(5).

What’s more, the symptoms of acute and chronic gastritis can also be different from one another.

So, in this section, we will be looking at the most common symptoms of gastritis.

Some of the common symptoms of gastritis include;

You should visit your doctor without wasting time if you are vomiting blood or if you have blood in your poo.

Moreover, if you have severe discomfort and pain in your stomach region it is wise for you to consult your doctor.

If other above given symptoms do not go away after a week, do not hesitate to visit your doctor to find out the underlying causes.

It bears repeating, let alone cause stomach ulcers, gastritis can even lead to stomach cancer if left untreated for years (3),(4),(5).

Since the symptoms of gastritis can also occur due to other health conditions, such as acid reflux, you can’t exactly know whether these symptoms occur due to gastritis. So, your physician should tell you whether you have gastritis.

To be able to diagnose gastritis, your physician will ask about your symptoms, your family history and also perform a physical exam.

Additionally; your physician may recommend one or more of the following tests:

What is the Best Treatment?

As mentioned at the beginning of the article, gastritis (in most cases) is not a serious health condition. However, if left untreated it can cause more serious medical conditions, including stomach cancer. So, it is important to deal with gastritis before it develops into something more serious.

It is important to note that the treatment of gastritis heavily depends on the underlying cause!

For instance; if you have gastritis due to excessive and regular use of certain pain relievers, avoiding or limiting the use of the drug can help you overcome the symptoms.

On the other hand, if you suffer from gastritis due to H. pylori, your doctor can prescribe you certain antibiotics that kill this bacteria and help you overcome the symptoms.

Other types of medicines that are used to treat gastritis include: