7 Foods That can Thin Your Blood 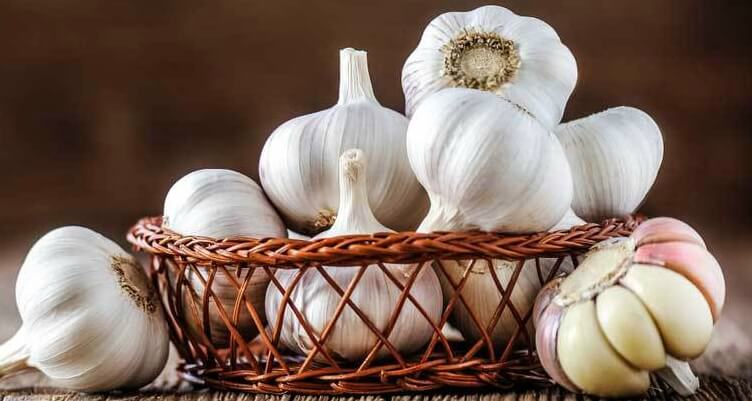 You were preparing the dinner suddenly you cut your hand with a knife and it started bleeding. To stop bleeding you put a material such as a piece of gauze bandage on the area and the bleeding stopped after a while.

As you already know the thing that stopped bleeding wasn’t a piece of gauze, it was actually your body’s blood clotting ability that prevented further bleeding.

To put simply, blood clotting is one of the most important functions that prevent us from too much bleeding and related complications.

However, sometimes, too much blood clots form in veins or arteries and can cause serious health problems such as heart attack and stroke.

There are certain medical conditions that are known to be a risk factor for an excessive blood clot in veins. Family history of blood clots and heart rhythm are only two of the risk factors for blood clotting, according to Mayo Clinic.

In addition to these risk factors that can cause blood clots in the vein and arteries, scientists also discovered that one of the complications of COVID-19 is blood clots that leads some patients to a heart attack or stroke.

Whether coronavirus or other medical conditions that trigger blood clots, doctors prescribe blood thinners to patients with the risk of blood clots to reduce the risk of heart attack and stroke.

While prescribed medications are effective for blood thinning, there are also natural foods that may thin the blood.

In this article, we will look at 7 foods that may act a natural blood thinner.

The amazing health benefits of ginger has been the talk of the town particularly in recent decades. Many of us heard the efficacy of ginger in terms of boosting the immune system. Here is another property of ginger that may surprise many of us.

The allegation that ginger may prevent excessive blood clotting stems from its salicylate acid content. Because, acetylsalicylic acid that we know as aspirin, which is a strong blood thinner, derived from salicylate acid found in ginger.

As ginger contains one of the main ingredients of aspirin, it must be reasonable to say that ginger  may prevent blood clotting.

Garlic is one of the rare foods that can compete with ginger in terms of providing health benefits to the human body. Garlic offer various health benefits that range from decreasing risk of cancer to improving brain functions.

As for the relationship between garlic and blood clots; garlic may prevent blood clots thanks to its antithrombotic property.

A scientific report indicates that garlic has a blood-thinning effect, even though this effect is short-lived.

Here is another spice whose health benefits become subject to many scientific studies. Lowering cholesterol, decreasing cancer and Alzheimer’s risk are only a few of the turmeric health benefits.

As turmeric contains curcumin which has anticoagulant properties, in other words, blood thinning effect, turmeric is among blood-thinning foods.

In a study, curcumin – available in turmeric – showed an anticoagulant effect in vivo.

As such, it wouldn’t be wrong to think that turmeric can prevent blot clots. 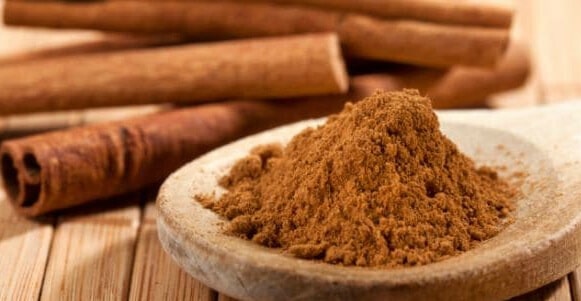 Cinnamon has been used for thousands of years, dating back ancient Egypt, both medicinal purposes and as a condiment, according to Healthline.

Coumarin a chemical compound found in cinnamon is the reason why cinnamon is in this list of blood-thinning foods. Coumarin is an anticoagulant agent that means can thin blood thus prevent the blood clotting complications such as heart attack or stroke.

Some of you may have heard Warfarin that is a drug used to prevent blood clotting. This drug is derived from the coumarin found in cinnamon.

This time we will look at a group of foods that may help you thin your blood. This group consist of foods that contain vitamin E.

Even though we can’t provide scientific evidence that shows the correlation between vitamin E and blood clots, we can infer that vitamin E containing foods may thin blood from the advice of the National Institutes of Health’s Office of Dietary Supplements. They advise those who use blood-thinning drugs to avoid eating too much vitamin E to prevent further blood-thinning.

This may indicate that foods that contain Vitamin E have blood-thinning effect.

Omega-3 containing foods are group of foods every individual should consume with moderate amounts to remain healthy, according to doctors. Especially fish, nuts and seeds are good sources of omega-3.

Since omega-3 has a natural anticoagulant property it may increase bleeding risk when taken along with anticoagulant medications, according to Medical News Today.

The conclusion is that omega-3 fatty acids have blood-thinning properties. 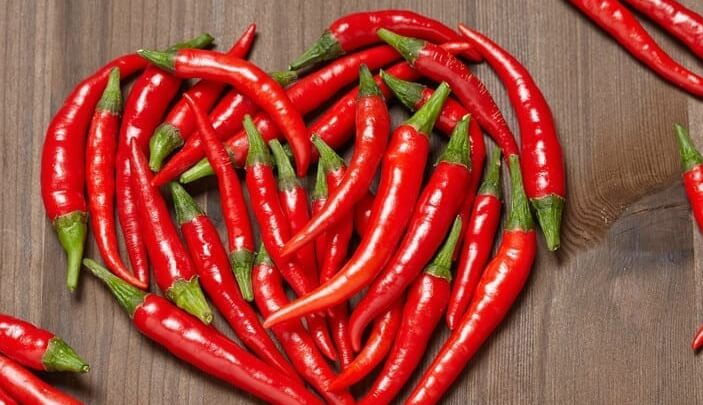 Cayenne peppers are herbs that have been used for thousands of years to deal with many ailments and diseases.

At the beginning of the article, we have said that garlic may thin blood thanks to its salicylates content. It bears repeating that salicylates acid is necessary for the preparation of aspirin which is a prominent blood thinner.

Cayenne Pepper like garlic contains salicylates. Therefore, cayenne pepper must be as effective as ginger in terms of thinning the blood