6 Ways Living in a City Affecting Your Health 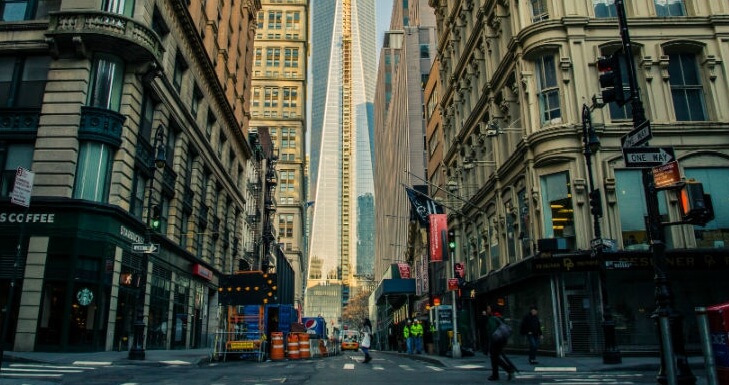 Considering that majority of people who are reading and will read this article, reside in cities, talking about how living in a city affecting human health must be quite relevant.

Every one of us could write various reasons why living in a city is better than living in a rural place. Better education, restaurants, hospitals, public transportation, walkability, job and career opportunities, advanced infrastructures, to name but a few.

While these above-given reasons are convincing to live in a metropolis, it would be difficult for any of us to indicate health benefits of living a big city, excluding advanced hospitals.

Experts agree on the opportunities that an advanced city has to offer. But, at the same time, they are well aware of the fact that hustle and bustle of the city life can seriously damage one’s both mental and physical health, especially in the long run.

The aim of this article is not convincing you to move from a big city to a smaller or a rural area, it is rather indicating the potential health risk of city life, proven with many scientific studies.

Let’s discuss how living a big city affects your health…

You must have heard at least a couple of times that constant stress or anxiety can be severely harmful to your well-being. From time to time, this piece of information may lead you to ponder the reasons behind your stress or anxiety.

Intense schedules, unemployment, constant traffic, accumulated bills, noise pollution so on and so forth. While blaming these factors for being stress triggers, many of us forget the fact that these things usually are a part of urban life.

Sao Paulo, Istanbul, New York, Bangkok are just a couple of examples of cities that have draining traffic jam.

Not only, traffic but also the constant bright lights, loud music, packed public transports, the sound of neighbours and sirens.

The above-given factors related to a city life can easily cause you to get stressed out. But the main problem is: A prolonged stress can turn into a depression, which is harder to deal with.

According to report; people who live in cities have 40 % more risk of depression, 20 per cent of more risk anxiety and two times more loneliness and isolation.

Are you a smoker? Even if you are not a smoker, you are a smoker, if you live in a metropolis! Let me explain this nonsense sentence.

According to a study, cited in an article published by BBC, air pollution in big cities is as harmful as smoking a pack of cigarettes each day for 29 years.

There are many scientific studies carried out over the impacts of air pollution ( in big cities ) on the lungs. And the majority of these studies confirms the positive correlation between lung diseases and air pollution.

In today’s world air pollution, that generally exists in major cities, sets the stage for lung diseases.  Asthma, lung cancer, Chronic Obstructive Pulmonary Disease (COPD ) are the most serious ones.

In the article published by American Lung Association, it is evident that particle pollution in the outdoor air we breathe such as vehicle exhaust, coal-fired and other sources cause lung cancer while also increasing asthma attacks and the risk of heart disease.

First, let’s start with the definition of obesity. According to WHO; obesity is an abnormal or excessive fat accumulation that can cause serious health problems.

According to a report published, once again, by WHO: obesity has almost tripled since 1975. Furthermore, the same report shows that the number of people with obesity in 2016 was approximately 650 million worldwide.

What is the relationship between obesity and city life? Many scientific research and reports on ” urban life’s role in obesity ” indicate that city life can significantly increase the risk of obesity.

To support these claims researchers point out some elements specific to city life. Fast-food chains, car and public transportation use, elevator use, limited space for exercise, long working hours are among the factors that lead people to obesity, according to experts.

Some urban planners say that many cities designed to lead the majority of the residents to a sedentary life.

In the meantime, there are reports that demonstrate the increased number of individuals with obesity and overweight in rural areas.

A great number of doctors and scientist worldwide claim that diabetes is becoming the biggest epidemic of the near future. What is upsetting though, there is no cure for any types of diabetes.

As for the relationship between city life and the risk of developing diabetes, there are several articles and scientific research available on the internet that show the positive correlation between urban life and diabetes.

However, independently of the scientific research and studies, we could also have understood the fact that urban life triggers diabetes by looking at first 3 sections ( stress- air pollution – obesity). Because the things in brackets are strong risk factors for diabetes.

A scientific report emphasises the fact that moving from a rural area to a city makes people more susceptible to diabetes. This increased risk of diabetes is attributed mainly to a high-stress level that affects hormones in the body.


As everyone would agree, sleep is one of the most important components of life. When your sleep is disrupted for any reason, the following day you may experience anger, irritability or tiredness. Therefore, it is vital for all of us to create the best environment to get a restorative sleep at night.

What does a good night’s of sleep require? According to experts; avoiding exposure to artificial light and noise, avoiding unhealthy foods, staying active during the day and removing stress before going to sleep can provide a good night’s sleep.

The common point of these factors – that can help you to sleep better – is nearly all of them ( stress, artificial lights, noise, unhealthy foods, inactivity ) are a part of city life.

Unless you create the best environment for sleep, the elements of urban life will disrupt your sleep.

Even though each part of the human body is precious, the eyes might arguably be the most valuable one. Unlike the factors mentioned earlier in this article, a few people would estimate that city life can also cause eye problems.

But, scientific studies can help us to notice the negative effects of city life on the eyes.

As a first reason, experts blame air pollution that can cause eye irritation and chronic pain.